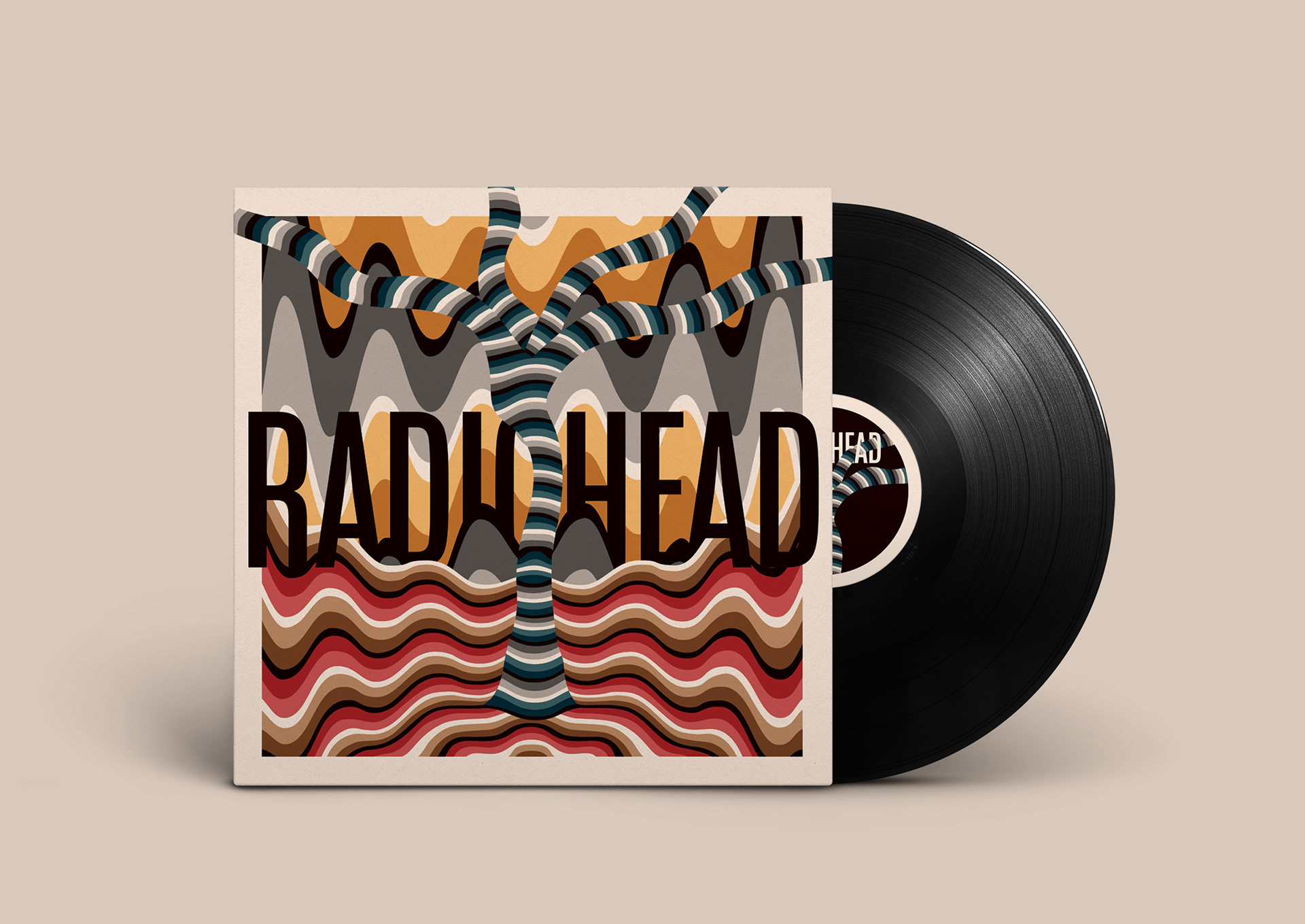 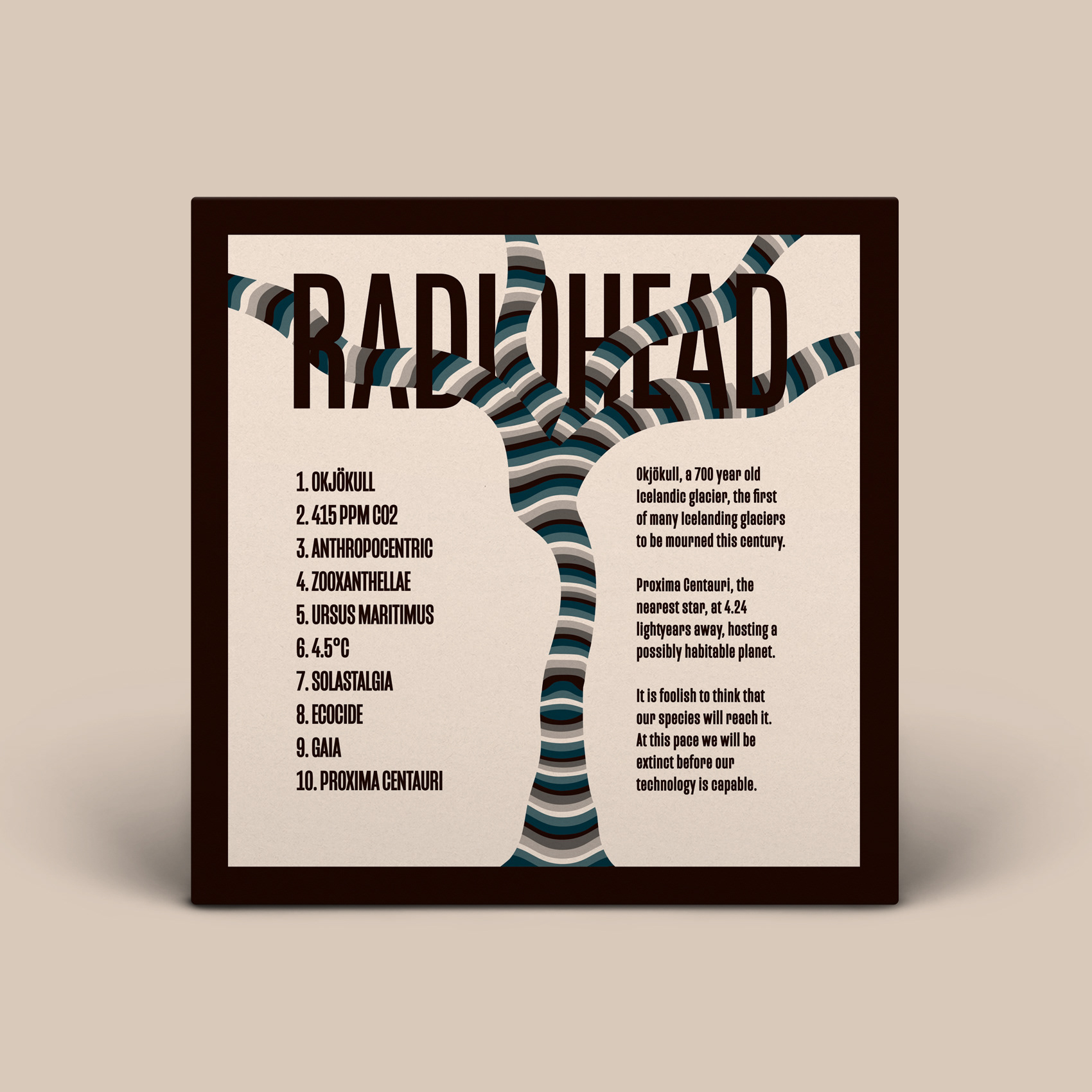 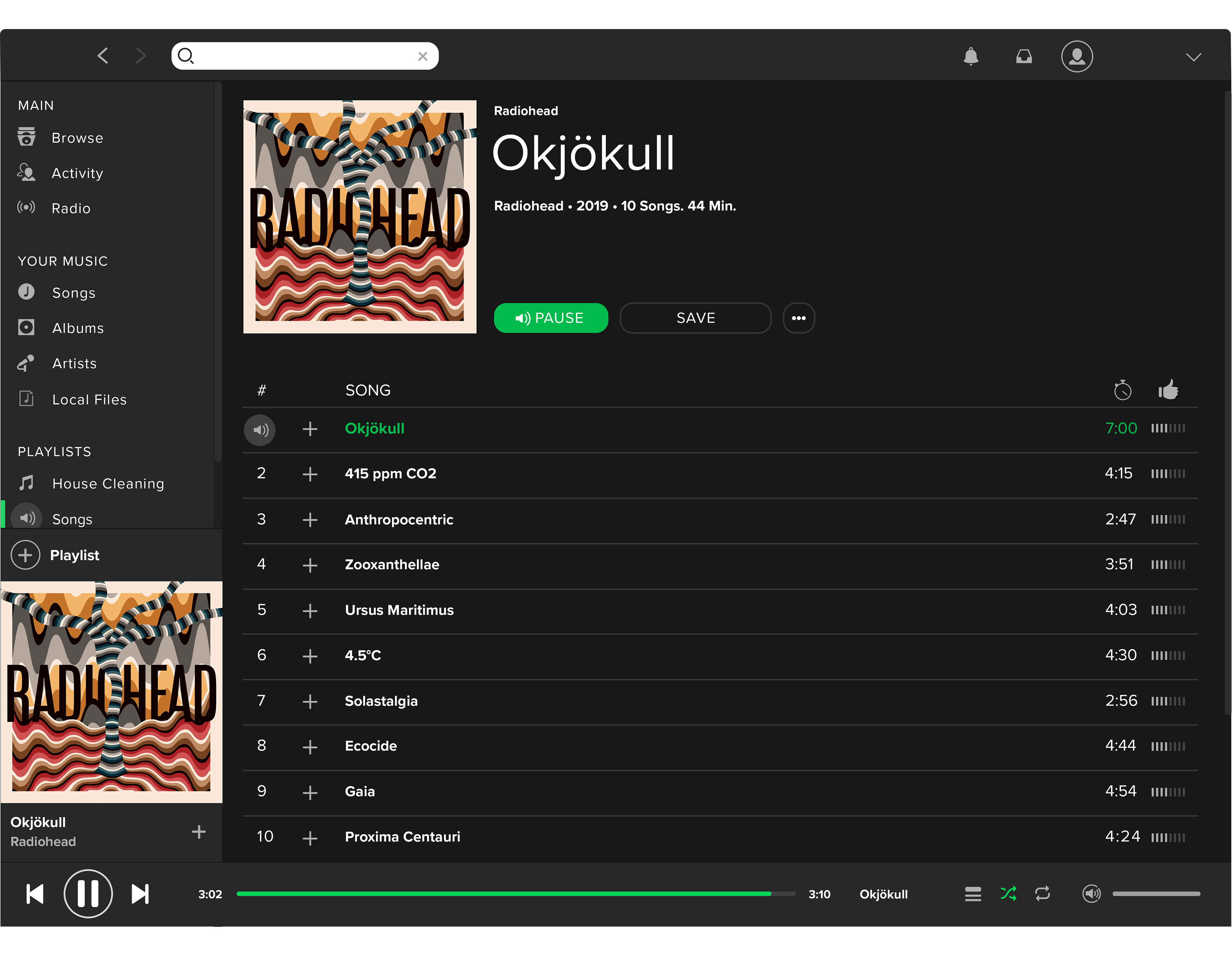 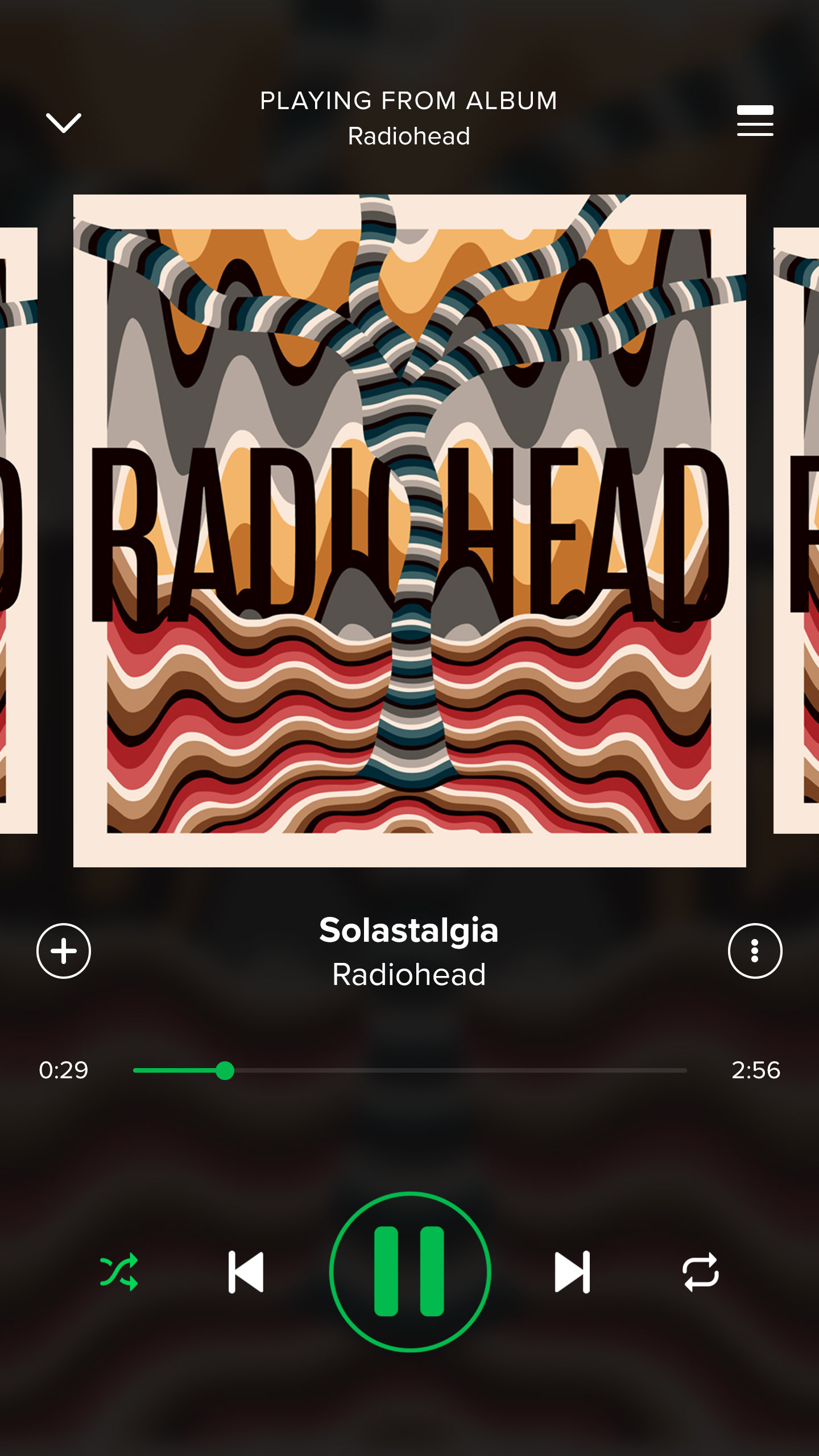 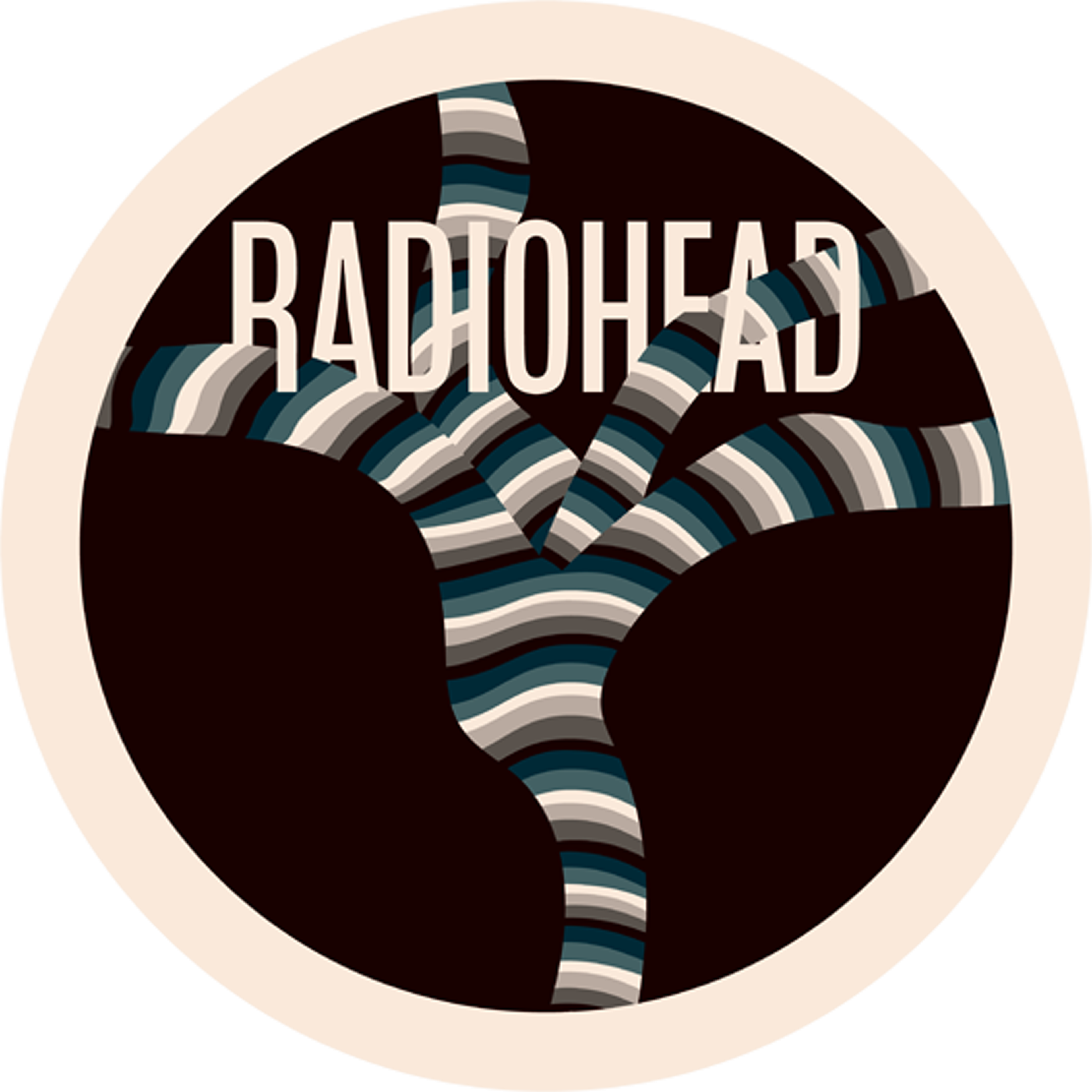 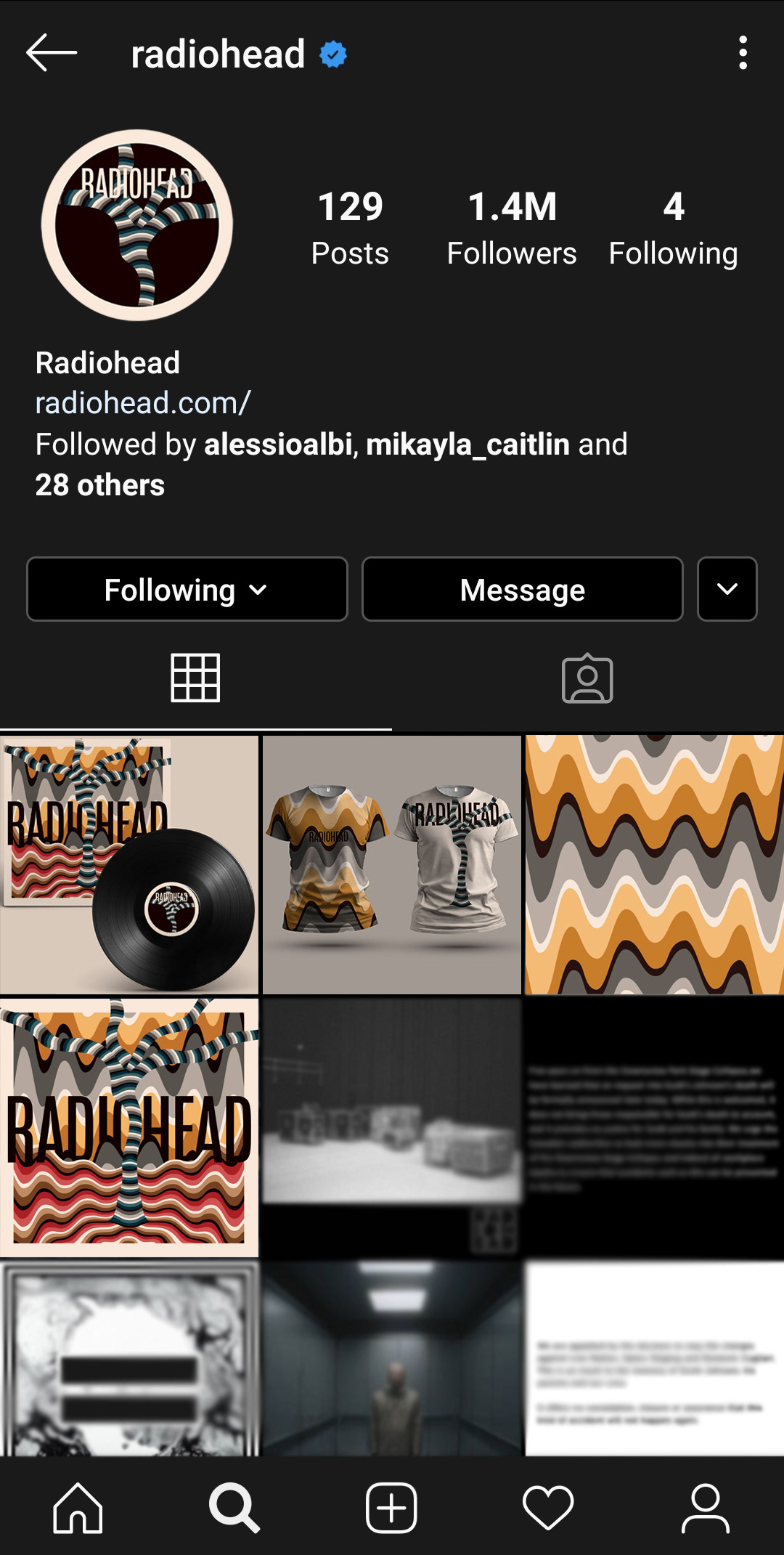 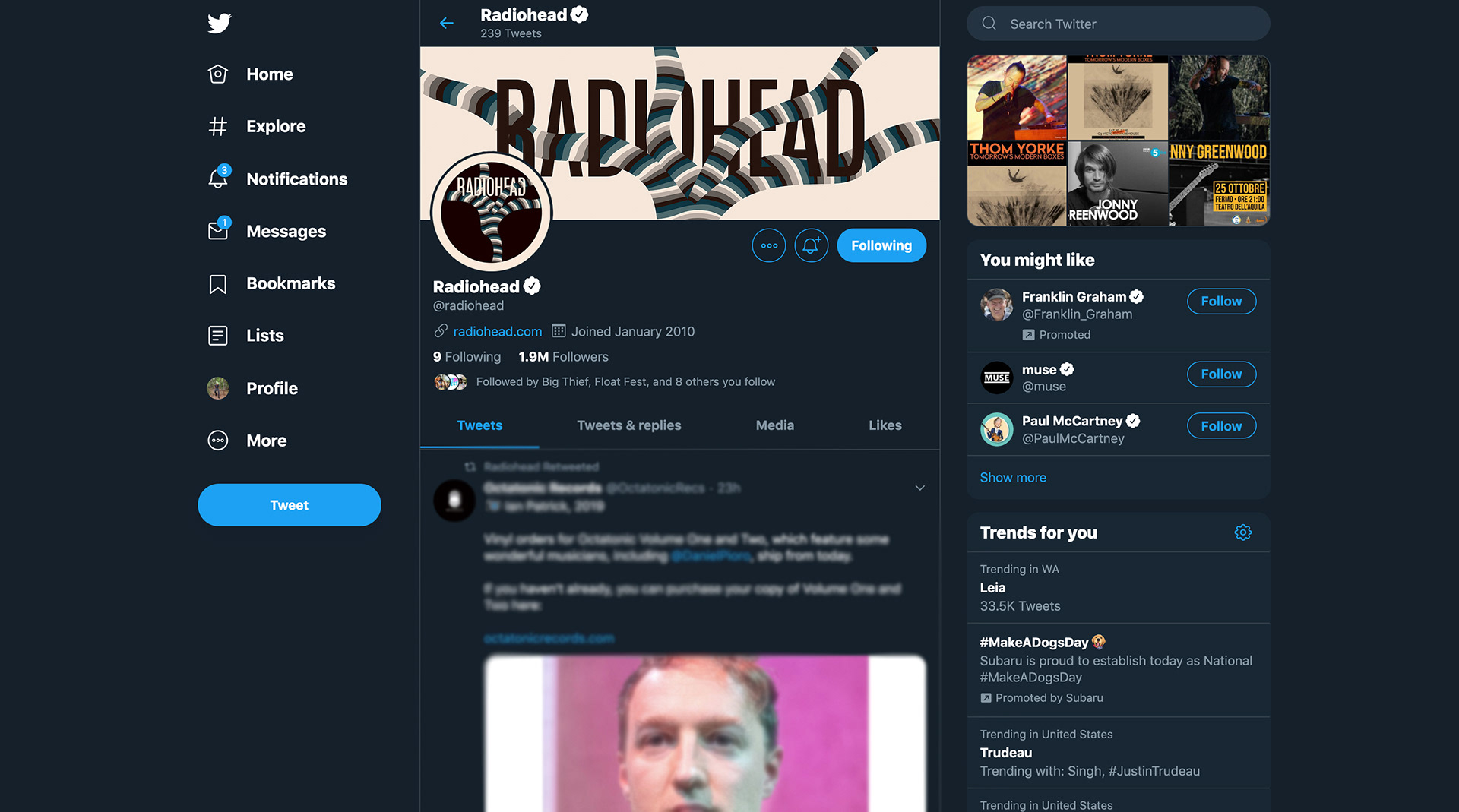 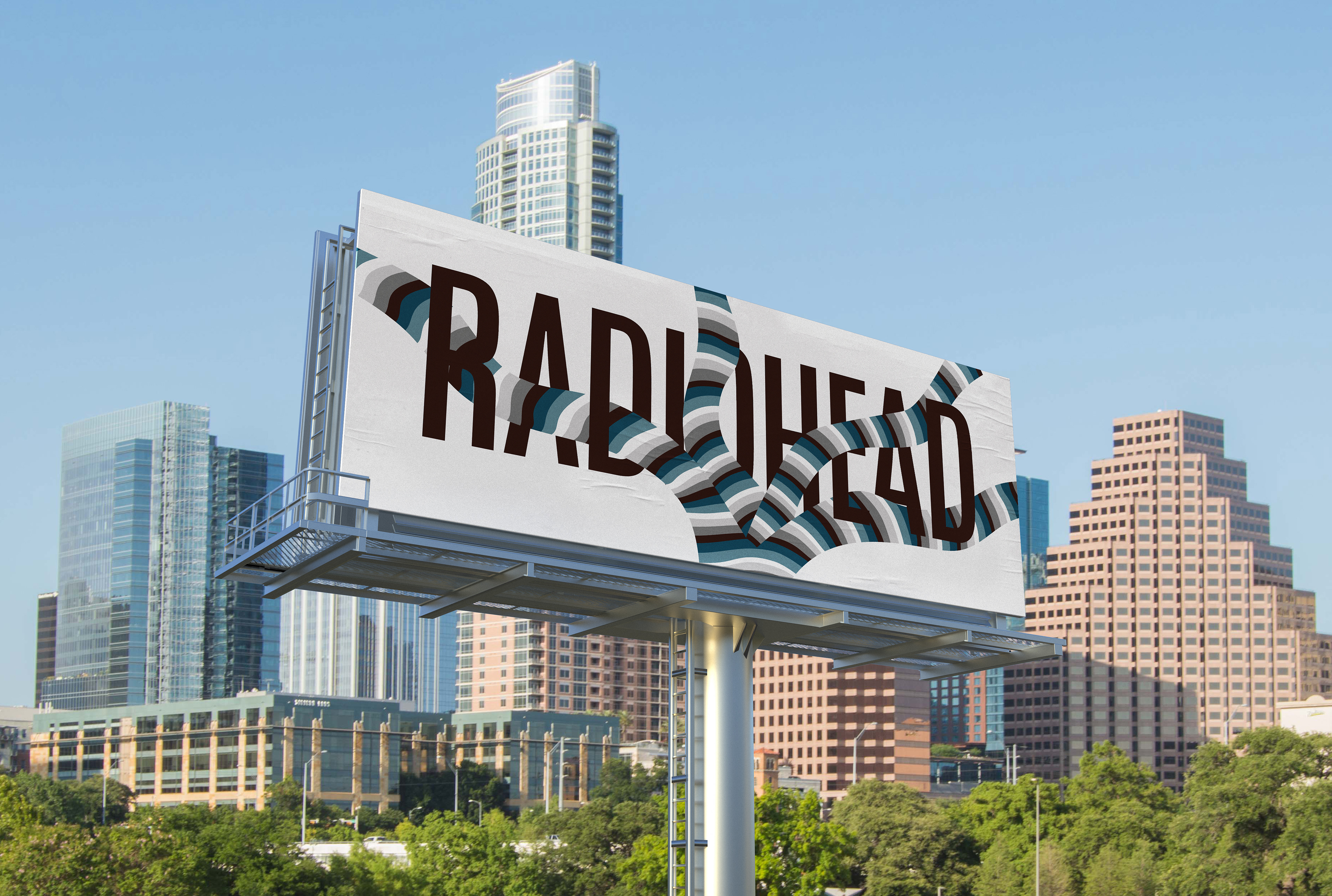 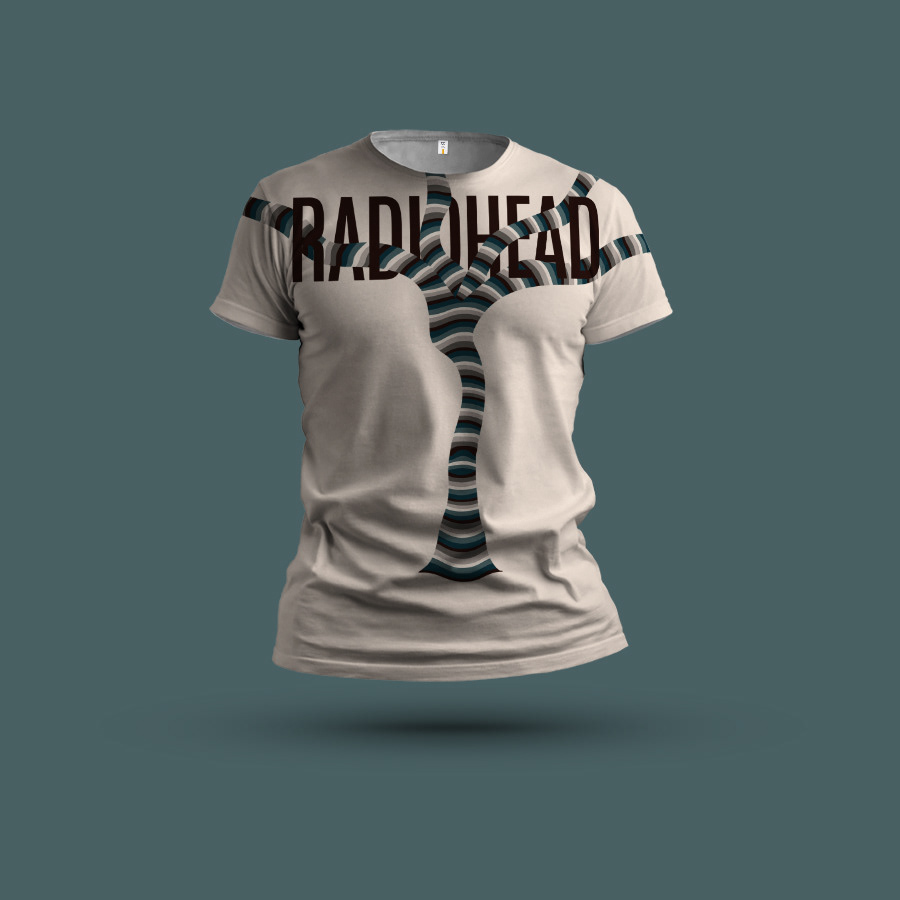 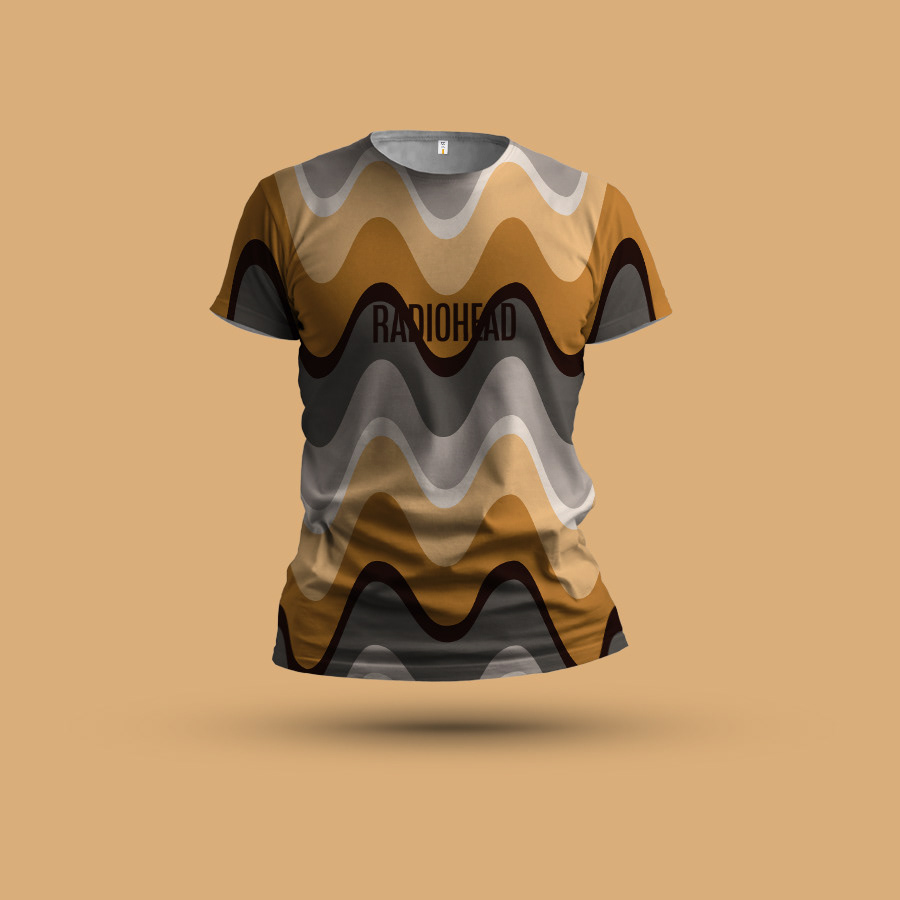 Radiohead is actively engaged in increasing awareness of climate change. They have songs on the subject, and in 2019 they donated all of the proceeds from a collection of previously unreleased recordings to Extinction Rebellion, an organization attempting to halt mass extinction due to man-made climate change.
To effectively rebrand Radiohead, this dire cause has been attached to their new image as well as conceptualizing a new climate change focused self-titled album to propel attention toward this crisis and the rebranding.
Beginning with the conceptualized album art, the rebrand uses an earthy color palette, the lightest color is creamy, and the darkest shade is reminiscent of very dark tree bark. The tree uses blues and grays to represent the pale death of nature. The sky is filled with yellows and grays due to smog and unhealthy air pollution. The ground uses browns and reds to convey the death of all the living beings that once occupied the Earth.
An Easter egg for Radiohead fans was also included, The horned minotaur, from their album Amnesiac. Here, the sad minotaur is seen on the horizon between the Earth and the sky, although this time he is not condemned to solidarity in Minos' maze, he is now alone in our neglected world.
The naming the songs on the new album plays a role as well; each title is a reminder of the ongoing climate change. For example, Okjökull was the name of the first Icelandic glacier to face its end, and this was met with mourning by the people of Iceland.
The branding assets are vague to induce curiosity, with only “Radiohead” in most assets to hint at an upcoming album.
Radiohead has created entire albums against social injustice, now climate change is the ultimate threat against humanity.
This re-branding assignment was created as part of an application to the Multicultural Advertising Intern Program (MAIP).
My Roles: Art Director, Designer, Illustrator, Copywriter
← You! Health
DanceSafe →
↑Back to Top

To comply with EU laws. Please be aware that cookies are used throughout my portfolio so that I may make improvements to benefit users like you and so that I can improve my chances of getting a decent job or gig. Accept